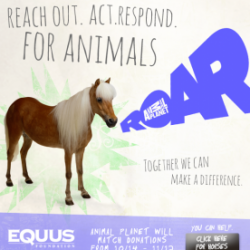 Thursday, October 24 2013 by Editor
WESTPORT, CT – October 23, 2013 - Animal Planet announced today that the EQUUS Foundation was awarded the first of eight $5,000 bonuses in the Animal Planet R.O.A.R. Matching Campaign running through November 12. In addition to the $40,000 in bonuses, Animal Planet is matching $100,000 in the first donations received by its seven charitable partners
Tagged under: 1925-to-sept-30, chasin', december-2012, education, february-2012, hunting, in the irons, november-2012, tucker the wunderkind 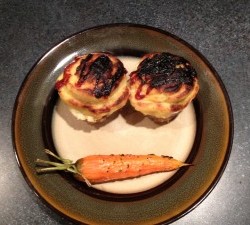 Thursday, October 24 2013 by Editor
By Kat Wojtylak Don’t let dinner become so mundane that this is how you feel. Instead mix it up with some meatloaf cupcakes! Meatloaf is one of the ultimate comfort foods, especially this time of year
Tagged under: 1925-to-sept-30, cronut, glazed, in the irons, ketchup, recipe, the classic insider, weeknight meals, what's happenin'