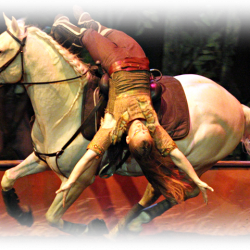 Thursday, May 30 2013 by Editor
SOMERVILLE, MA (May 30, 2013) – The internationally acclaimed Cavalia pushes the limits of live entertainment once again with its second production: a 30-million dollar extravaganza that is wowing critics and audiences alike across North America. Cavalia’s Odysseo will make its New England premiere in the Boston area on Wednesday, August 7, 2013 . The exclusive engagement will play under the White Big Top at Assembly Row in Somerville, at the intersection of Interstate 93 and Route 28
Tagged under: boston, cavalia, extravaganza, higher education, show world, trick riding, tucker the wunderkind, what's happenin', white, www.cavalia.net 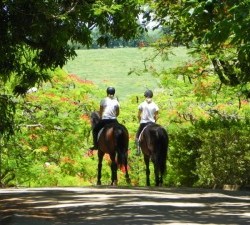 Thursday, November 08 2012 by Editor
By Jan Westmark-Allan Riding through the Brazilian countryside at Interagro Lusitano. I’m headed to Boston tomorrow to visit my daughter, and while I have traveling on my mind I want to tell you about a few horsey trips that I would love to do. My daughter and I used to visit great dude ranches out west every summer – but two trips I recently heard about would require me heading south! One trip I received info on is “Destination Lusitano” – a trip to Interagro Lusitano farm in Itapira, Brazil
Tagged under: adventures with angelea, archives, beyond the track, boston, brazilian, cute, family, friends, interagro-lusitano, polo 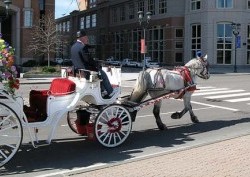 I’m Boston Bound! What Horsey Things Can I Do?

Tuesday, November 06 2012 by Editor
By Jan Westmark-Allan   My daughter Abby, who is also a Sidelines writer, is currently living in Boston while earning her culinary degree at Le Cordon Bleu.
Tagged under: adventures with angelea, beyond the track, boston, cameras, education, equestrians, higher education, le cordon bleu, sidelines-magazine, tails & trails, the offside