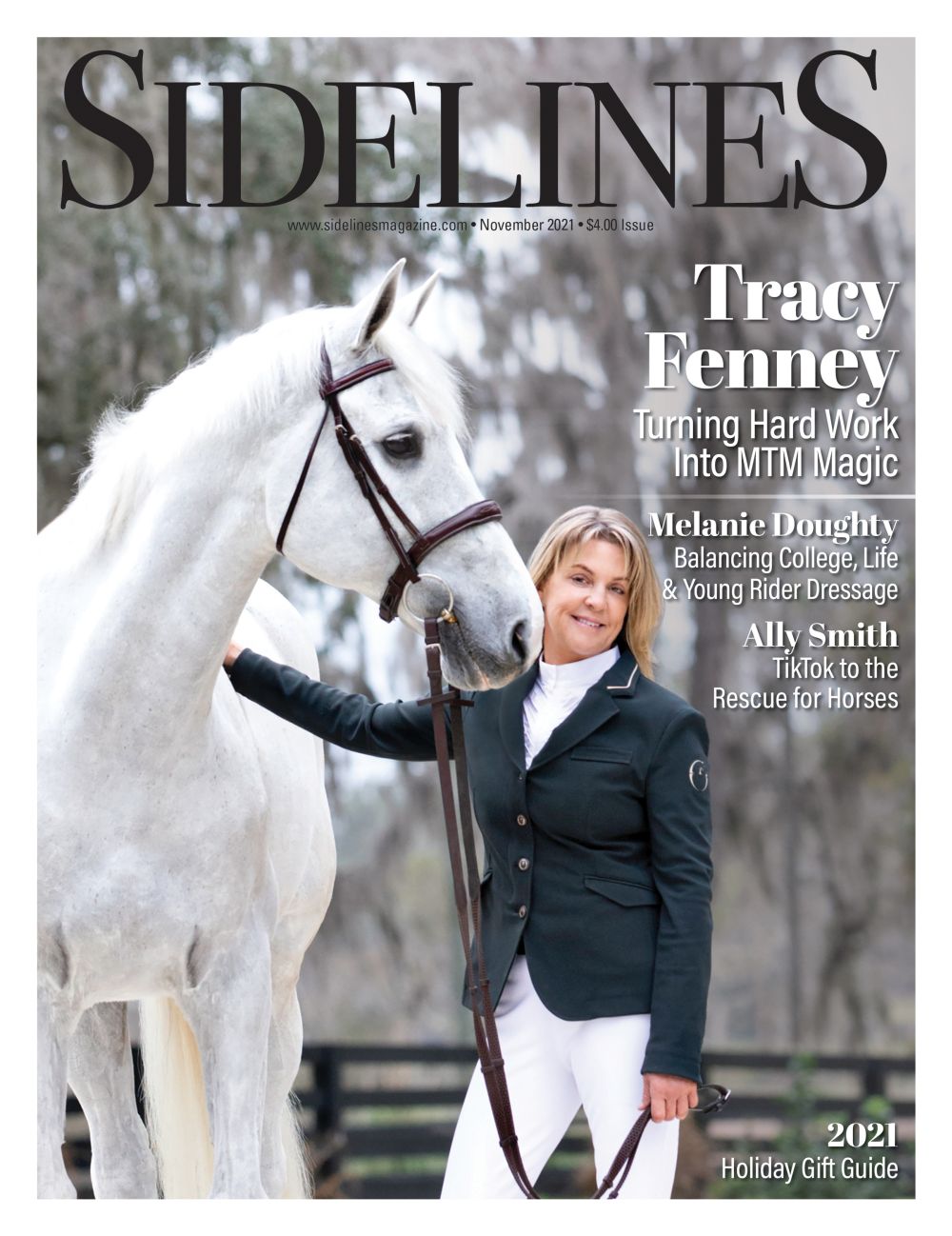 Saturday, October 16 2021 by Ruby Tevis
By Vasco Flores Do you have any competition-day routines or rituals? Do you think it’s a good thing for riders to have routines to help with nerves or to keep them focused? Horse shows are growing rapidly, so changes in start times are common. Showing up on time would be my only routine—having plenty of
Tagged under: hunter-jumper, Vasco Flores

Dorrie Douglas: Bringing Out the Best in Every Horse

Wednesday, October 06 2021 by Ruby Tevis
By Kimberly Gatto Portraits by Kristie Nichols Whether she is stylishly piloting a hunter around a derby course or racing against the clock in the jumper ring, Dorothy “Dorrie” Douglas has a knack for bringing out the best in any horse she rides. Dorrie—who rides for Mike McCormick and Tracy Fenney at their MTM Farm
Tagged under: Equestrian Association (IEA) Team, hunter-jumper, IEA, Interscholastic Equestrian Association 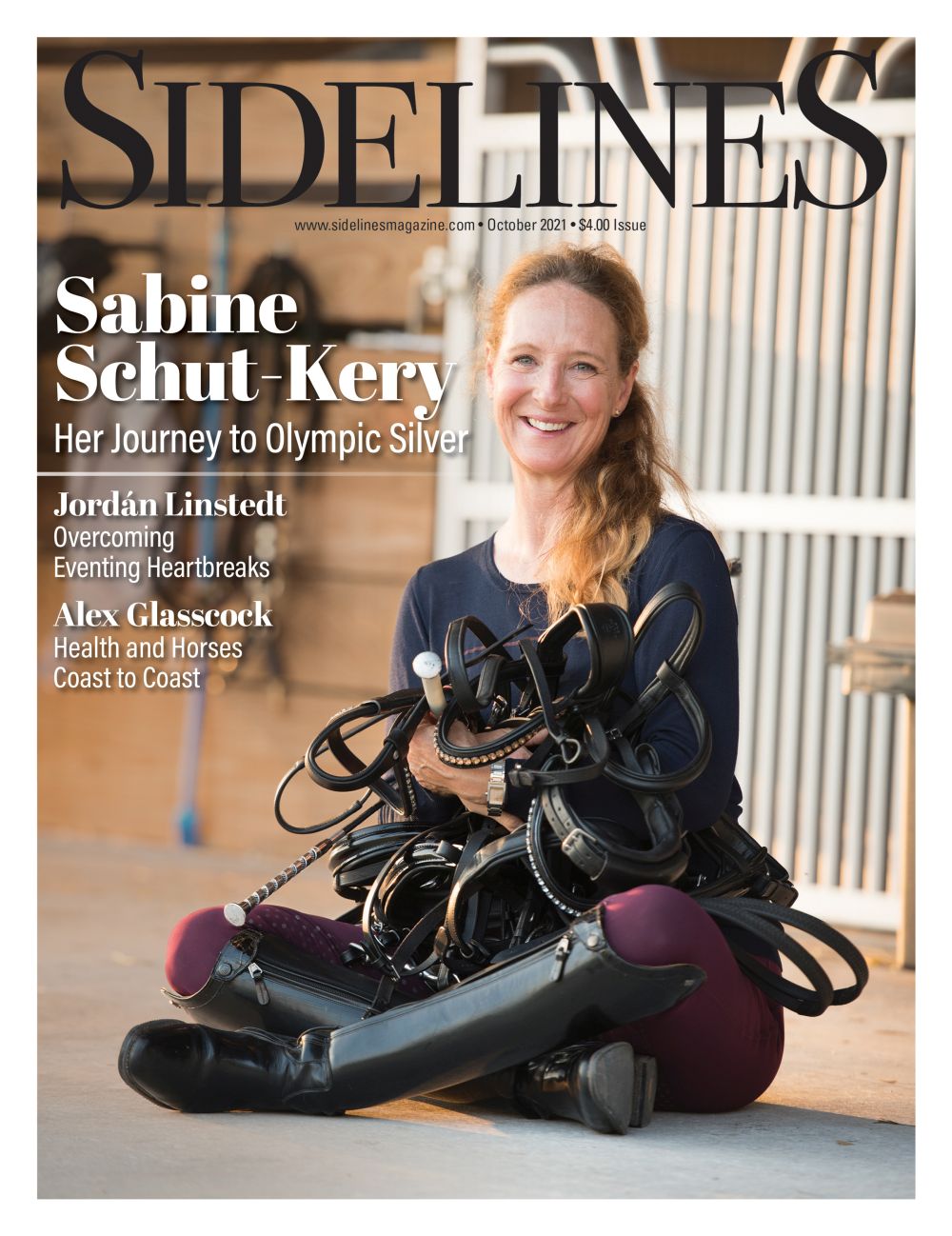 Sunday, August 15 2021 by Ruby Tevis
By Vasco Flores What are some important things you learned about running a barn while you were working for Georgina Bloomberg?  We live in a fast-moving world that demands extreme organization and planning. At Gotham Enterprises, I was extremely fortunate to learn from the best in our industry. Our sport requires multiple horses to constantly
Tagged under: horse shopping, horse training, hunter-jumper

Focus and Family in the Hunter-Jumper Ring

Saturday, June 19 2021 by Ruby Tevis
By Nicki Shahinian-Simpson  Nicki Shahinian-Simpson had a successful career as a junior rider in the East, where she won both the ASPCA Maclay National Championship and the U.S. Medal Championship. After moving to the West Coast, Nicki continued to place well in major Grand Prix events and has competed in the U.S., Mexico, Canada and
Tagged under: family, hunter-jumper, professional trainer

Wednesday, May 26 2021 by Ruby Tevis
By Britney Grover Portraits by Kathy Russell For some, the fact that Erin Stewart is an equestrian professional seems obvious. After all, she’s the daughter of renowned hunter rider and trainer Don Stewart. She grew up in one of the country’s largest hunter sales and training barns, watching her dad win class after class at
Tagged under: equitation, hunter-jumper, pony rider

Saturday, May 15 2021 by Ruby Tevis
By Nicki Shahinian-Simpson  Nicki Shahinian-Simpson had a successful career as a junior rider in the East, where she won both the ASPCA Maclay National Championship and the U.S. Medal Championship. After moving to the West Coast Nicki continued to place well in major Grand Prix events and has competed in the U.S., Mexico, Canada and
Tagged under: catch riding, hunter-jumper

Saturday, April 10 2021 by Ruby Tevis
By Darragh Kenny Darragh Kenny began competing in the sport of show jumping at the age of 10 in his homeland of Offaly, Ireland. He quickly moved up the ranks, competing in his first Grand Prix at the age of 14. Darragh eventually made the decision to move to the United States to train under
Tagged under: hunter-jumper, lifelong learning, opportunities

Saturday, March 13 2021 by Ruby Tevis
By Andrew Welles  From your experience as a trainer, what are ways young riders can grow in their training if they don’t have the means to have a string of horses of their own?  Take advantage of every opportunity the sport offers you. If that’s a riding opportunity, make sure it’s with good horses that
Tagged under: hunter-jumper, opportunity, young-rider