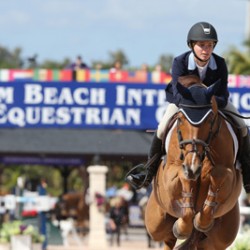 Thank You Budweiser For Making Me Cry – Again!

Monday, February 04 2013 by Editor
By Jan Westmark-Allan I am not a football fan. I grew up in a football family, but when horse fever hit me, that was the direction I went in life. But, once a year I am a football fan – during the Superbowl.
Tagged under: between the ears, beyond the track, higher education, horses, hunter jumpers, sidelines, tails & trails, the classic insider, the offside, tucker the wunderkind, wef 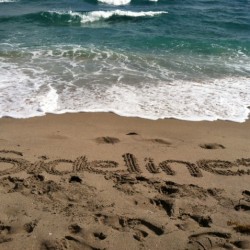 What’s All The Fuss About WEF?

Sunday, February 03 2013 by Editor
By Jan Westmark-Allan Sidelines at the beach! I spent many years living in the Wellington area, showing at the FTI Consulting Winter Equestrian Festival – or WEF, as it is called. I have wonderful, wonderful memories of hanging out at WEF, so returning this week after a four year absence has been fantastic
Tagged under: florida, hanging-out, horses, seasons, show world, sidelines-magazine, tails & trails, the classic insider, wef 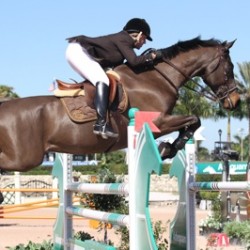 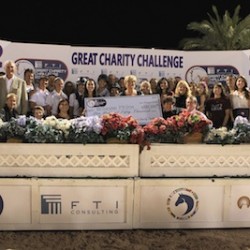 Thursday, January 24 2013 by Editor
Wellington , Florida - January 23, 2013 -  Setting a historic record for a show jumping class purse, the 2013 FTI Consulting Great Charity Challenge presented by Fidelity Investments® (FTI GCC) will distribute $1.5 million dollars to 34 Palm Beach Countycharities in an exciting event at the Palm Beach International Equestrian Center on Saturday, January 26, 2013.   It is only with the generous support of the team and corporate sponsors and riders that in its fourth year the FTI GCC has become one of the largest and broadest-based philanthropic events in the county. With this year’s total, the event will have donated 4.2 million dollars to more than 75 Palm Beach County Charities and has had a significant positive impact on thousands of lives in Wellington and Palm Beach County.
Tagged under: archives, charity, danny and ron rescue, family, higher education, in the irons, olympian, science, tails & trails, treasure coast, voices for children, wef 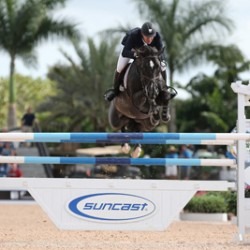 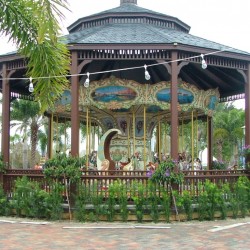 A Look at WEF – And Riding the Carousel!

Sunday, January 20 2013 by Editor
By Jan Westmark-Allan The new beautiful carousel at the entrance to the Winter Equestrian Festival Take one look at the pictures of the Venetian carousel and you might think it’s a photo from Disney World – but no, that would be the new carousel at the entrance to the Winter Equestrian Festival. WEF has always been a wonderful horsey place where dreams come true (just like Disney) and now Mark Bellissimo, who heads up Equestrian Sports Productions and is the man behind WEF, has made everyone’s dreams a little brighter with the carousel
Tagged under: beach, carousel, college, colleges, disney, disney-world, festival, jan westmark-allan, mark bellissimo, wef, wood fire pizza 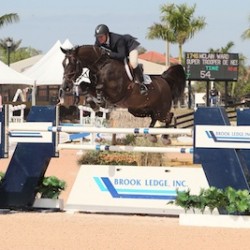 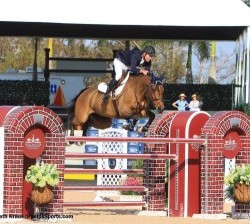 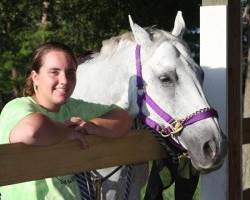 Friday, January 04 2013 by Editor
New Sidelines intern Christina Alex I am excited to welcome a new intern to the Sidelines Magazine family. Christina Alex, who lives in Florida, is not only a talented rider but a talented photographer also. Two great things that go great together (I think that works for Christina and Reese’s Cups!)
Tagged under: archives, beyond the track, chasin', christina alex, holidays, laurengallops, olympic sidelines, singer-wins, wef, young horse series