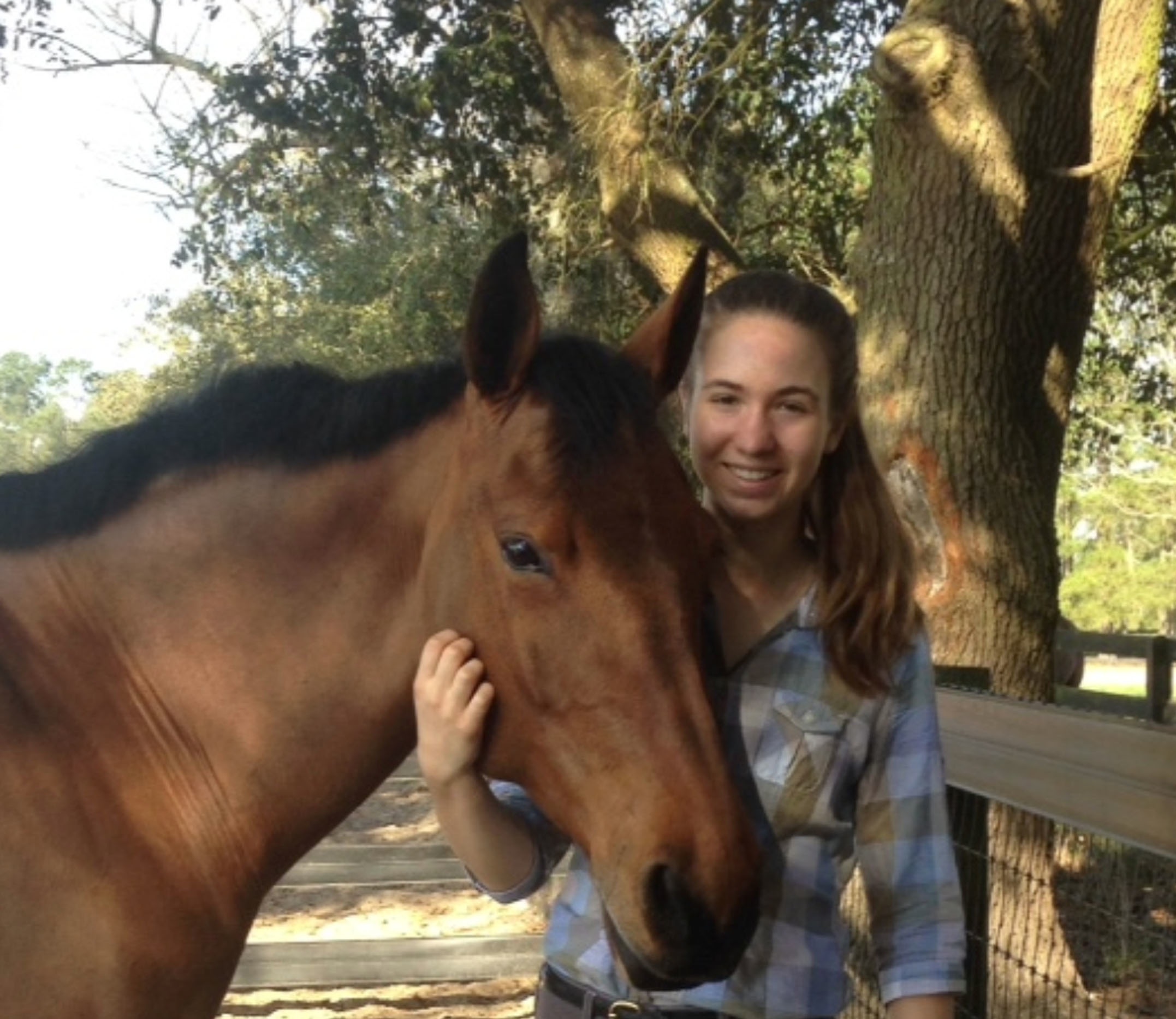 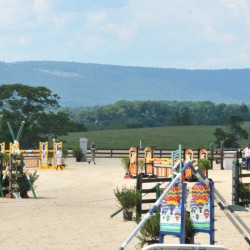 Saturday, June 09 2012 by Editor
Upperville – the momentum keeps building! and Saturday will be huge in terms of what’s happening on both sides of the John Mosby Highway (Rt 50). As for Friday, that’s really when the pace ratchets way up:  hunters, ponies, jumpers – action in four rings all day long, with a fifth ring adding to the excitement at 5 pm when the $25,000 Welcome Stakes showcase 30 jumpers and riders in the T A  Randolph Grand Prix field
Tagged under: december-2010, december-2011, education, eventing-nation, february-2011, february-2012, olympic sidelines, wordpress-org 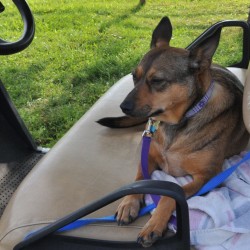 Friday, June 08 2012 by Editor
Yipes: *originally Wed PM – sun-fuddled fatique! This is a verbal nightcap – no adult bevvies and too late for coffee! Lovely day, but long, and we’re weary. We’ll do a quickie recap of some of the action, but honestly, peeps, you would have such a great time if you head out to Upperville, an easy drive westward on Route 50 if you start somewhere in northern VA on the Route 66 side… if you decide to travel to Upperville on Rt.
Tagged under: december-2010, december-2011, eventing-nation, in the irons, lauren-giannini, september-2010, shady, show world, the-barn-book, wordpress-org 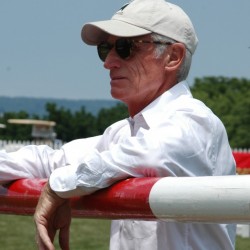 Thursday, June 07 2012 by Editor
Greetings! Upperville Colt & Horse Show is younger than ever for all it is 159 years old!!! The last few years have seen a physical makeover from the grandstands on the hunter side to the new footing of the hunter rings and now the new jumper ring – we are so impressed by what Upperville is doing to keep its rural tradition alive and well in the 21st century! Lots going on and several photos to post with this morning’s entry about the new jumper ring and a few words about Upperville from Joe Fargis. He happens to be one of our all-time favorite rider/trainers, but he has a thing about not talking about himself. If Joe weren’t such a gentleman, we think he might be tempted to run like blazes when he sees yours truly about to approach him. We’re sincerely sorry, because we respect and admire and like Joe. As a horseman, he gets it right. Plus, we know for a fact that the horses come first, because of a good friend who has improved his riding immensely, thanks to Joe. Joe Fargis - world class all the way, just like his Olympic gold medal horse, Touch of Class, and all his other great jumpers.
Tagged under: chasin', education, eventing-nation, february-2011, february-2012, in the irons, olympic sidelines, shady, the-barn-book, wordpress-org 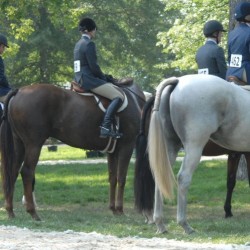 Tuesday, June 05 2012 by Editor
WELCOME TO THE 159th UPPERVILLE  COLT & HORSE SHOW! We love Upperville and while we have not had the pleasure of showing at Upperville, we’ve known some great riders and horses who have performed under the oaks in the hunter rings and across the street in the jumper rings. There is state of the art footing in the main jumper ring – we think that Tommy Lee Jones, show manager par excellent, has done a fantastic job. We had just a moment to say hello to Tommy yesterday – he’s so busy all the time, but if you know him, give him a warm hello, because he and all his people, volunteers and staff, put their hearts and souls into making Upperville a great great show. Here are two links to visit: WUSA9.com story about Upperville and a WUSA9.com Upperville slide show of photos by Teresa Ramsey, official Upperville photographer (with seven taken by yours truly at the end!)
Tagged under: archives, awards-dinner, chasin', december-2011, education, eventing-nation, february-2011, jeers-sidelines, show world, tails & trails, the-barn-book, wordpress-org 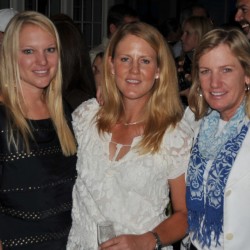 Tuesday, May 08 2012 by Editor
Rolex Kentucky Three-Day Event provided the first major step in the US team selection process for the 2012 Olympics. Several riders made incredible bids for their ticket to London and on May 6 Beverly Equestrian Center (The Plains, VA) celebrated the three eventers for their rides ’round Rolex. Marilyn Little-Meredith, Allison Springer and Karen O'Connor celebrate Rolex and their quest to make the US 3-day team for the London Olympics this August with a congenial crowd at Beverly Equestrian Center. © Lauren R Giannini   Allison Springer & Arthur – they broke through several years of bad luck and misfortune to finish second overall and the best of the Americans to win the USEF National Four-Star championship. In the event that Allison & Arthur make the team, this will be their first Olympics.
Tagged under: archives, chasin', december-2010, december-2011, eventing-nation, february-2011, february-2012, martin-usa, september-2010, show world, wordpress-org 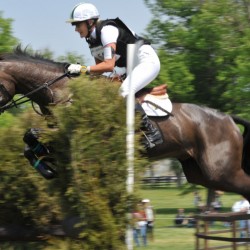 ROLEX IN RETROSPECT: 1st of May Thoughts, A Few Cheers & Jeers

Tuesday, May 01 2012 by Editor
Hello, horse sports fans - Rolex was its usual three-ring, four-star greatest equestrian show on earth. We love being there, in spite of & perhaps because of the marathon-intense dawn to midnight work days, and we’re already planning for next year, but in addition to great cheers, there were some serious disappointments. JEERS to the official videographers of Rolex KY It sucked in places, the video coverage of the XC by the official videographers – such as only two fences shown  of Sara Kozumplik and Manolo Blahnik – I mean, what’s wrong with these people? I would mention them by name but don’t care to give them any ink! How many riders did they “cheat” of  XC footage? They wasted precious time filming riders who had just come off the course, showed at least one derriere view of trim/slim female rider (lovely but this is not a nightclub, it’s cross-country!), no sound but several seconds of rider being interviewed, and lots more footage of horses being sponged off – gee whiz, get your priorities in order. We want to see the jumping, the action  – the cross-country heart of eventing!!!   Sara Kozumplik has devoted years to Manolo Blahnik - here they are in Manny's four-star debut at the third last fence on the cross-country, the double offset brushes which demand precision and momentum so late in the course. But the official video shows them at two jumps only - WTH??
Tagged under: december-2010, education, eventing-nation, higher education, in the irons, paget-nzr, rolex, the-barn-book 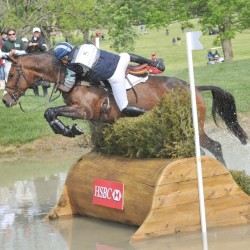 Sunday, April 29 2012 by Editor
Ch-ch-ch-ch-changes – Ka-CHANG! Yep, Derek di Grazia created a cross-country test that demanded precision and riders minding their Px & Qs every step of the way.
Tagged under: adrotate, december-2010, december-2011, education, eventing-nation, in the irons, martin-usa, on the line, paget-nzr 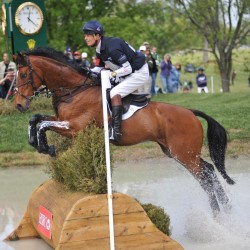 Saturday, April 28 2012 by Editor
Wowie zowie – what a morning – we’re still reeling from the changes in the leaderboard. Even before the XC began, there were three withdrawals: Buck Davidson pulled out with Absolute Liberty, who would have been first out of the start box this morning, & his Pan Titanium, Jolie Wentworth & Killian O’Connor. Then, only two completed the cross-country out of the first seven horses to start this morning! Two retired on course: Andrew Nicholson  (NZL) took out a frangible pin at 9abc – Bridgestone Park Question (coffin combination), picking up 21 penalties, and James Alliston (GBR) and Jumbo’s Jake after they accumulated 20 penalties at 9abc – and 17abcde, the Sunken Road. Three were eliminated – Karen O’Connor had a splash crash at the HSBC Water Park (5abcd) – no injuries to horse or rider, just dampened spirits, but Karen has another chance with Mr. Medicott this afternoon. Becky Holder and Courageous Comet got to #22abc, the HSBC FEI Classic Series Normandy Bank, but parted company and Becky bought a cheap piece of real estate that cost dearly in terms of her goals with her wonderful ex-racehorse
Tagged under: action, chasin', education, eventing-nation, february-2011, february-2012, higher education, in the irons, lauren-giannini, november-2010, on the line, september-2010 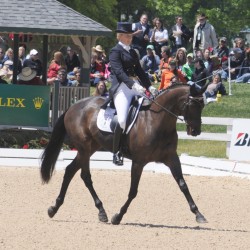 Rolex Kentucky: Where The Action Is!

Saturday, April 28 2012 by Editor
Sara Kozumplik and Manolo Blahnik, exuding class at Manny's first ever four-star in spite of boogie moments during their waltz... © Lauren R Giannini Okay, so we’re only one person and we can’t be everywhere & do everything, but on Friday, we made a point of getting to the dressage arena to watch our friend Sara Kozumplik and Manolo Blahnik who was ready and eager for the cross-country, but a day early. Their score put them well down on the leaderboard standings, but ya wanna know something? That test might have been a disappointment to Sara and Brian Murphy and Lara, who’s grooming her first Rolex – understandable after all the years of preparation to get here, but we felt very proud of Manny for not leaping out of the ring and thundering off to the XC. It’s his first four-star and he’s a bit of a sensitive, complex creature under the best of circumstances and the horse gods know what an electric atmosphere Rolex tends to be
Tagged under: action, after-dressage, chasin', eventing-nation, first-place, in the irons, lauren-giannini, november-2011, parklane-hawk, september-2010, things-to-do, wordpress-org