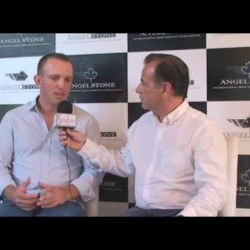 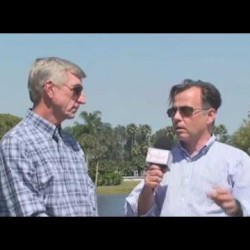 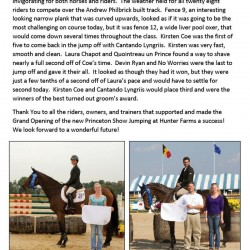 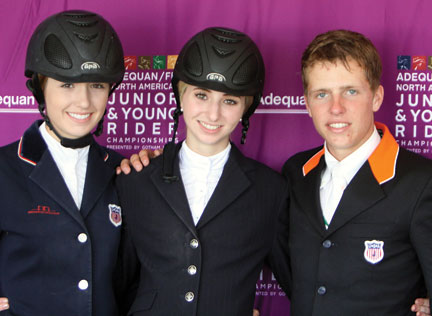 Thursday, August 09 2012 by Sidelines Editor
Abigail McArdle, Shawn Casady and Charlotte Jacobs were on a roll at the 2012 North American Junior & Young Rider Championships in the Junior Show Jumping division this year. Abigail and Cosma 20 were the stars of the event, completing an incredible five clear rounds in just three days to capture the Gold Medal. It
Tagged under: auction, championships, ingate, jumping, junior, kalispell, military, rider, wildfire 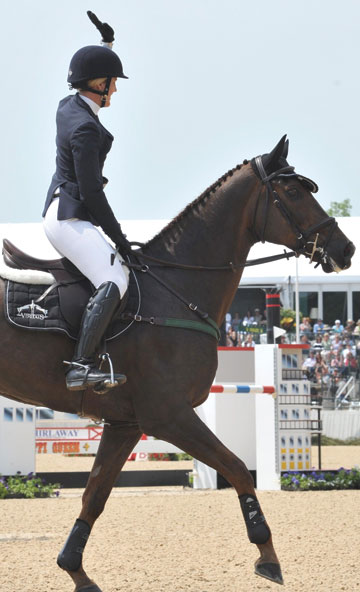 Wednesday, July 04 2012 by Sidelines Editor
Congratulations to show jumper Daniel Bluman, who rides for Colombia, and lives in Wellington. Daniel is on a roll – on opening day at Spruce Meadows he and Sancha la Silla won the $32,000 Enbridge Cup. The bigger news is that Daniel and Sancha are headed to the London Olympics, where they will compete for
Tagged under: clinics, cup, enbridge, ingate, jumper, jumping, london, smartpak 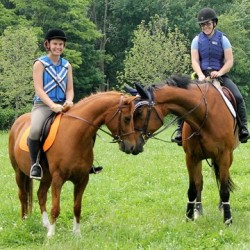 Thursday, May 31 2012 by Editor
Brace yourselves, Tucker fans. . .   Tucker and I are really taking this cross-training thing seriously.  First, a dressage clinic, and now, cross-country schooling with our friends Dom and CP : Tucker falls in love with yet another pony... Haha, okay, so I didn’t really go wild , but when I strapped on a safety vest and went marching into the water complex, my inner Hunter Princess just stood there with her mouth gaped open in shock.  But Tucker and I had huge smiles on our faces! See? Tucker LOVED the water and did lots and lots of splashing
Tagged under: bridge-farms, cross-country, entries, farms, jumping, the-barn-book, trail ride, tucker the wunderkind 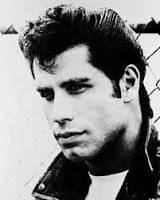 Monday, May 14 2012 by Editor
Remember how Danny changed after that first summer? My horse appears to be suffering from a mid-life crisis.  He did just turn ten, after all.  Seems to be in the midst of some sort of existential dilemma, I’m afraid.  Perhaps it’s an identity crisis?  He’s been a good guy for so long, maybe he’s just experimenting with the bad-boy persona.  Feeling his wild oats, literally.  I had a jumping lesson with Lindsay yesterday and all started out well.  We actually had some real lead change breakthroughs (!). We worked on counter-cantering, switching from outside to inside bend, and then we’d ask for the change just before the corner by pushing him out, stepping my weight to the outside and then asking lightly with my outside leg.  I missed a few at first, but once I got it, they were great — smooth, and relaxed, and clean.  Everyone’s always told me the counter-canter is a great tool for learning changes, but I feel like now it’s finally clicking for me.  Then we started jumping, and things started off fine while we were working on some single verticals on a circle.  Then Tucker’s turnout buddy left the ring, which shouldn’t be that much of a crisis, unless you a big fresh horse looking for a good excuse.  He was clearly tense, but thus far behaving (other than squealing — which I could always do without), and I figured he’d get over it in a minute. When we added another vertical on the diagonal, landing with a sharp left turn, Tucker was a bit strong — pulling me to the jump on the last stride, then grabbing the bit and rooting the reins on landing.  Still rideable, but less than pretty.  Then we added another vertical on the diagonal, off the short turn, going toward home, and all hell broke loose.  Tucker apparently mistook that vertical for the starting gate at Belmont Park, so we landed going Mach 10.  (Not exactly the stuff that winning hunter rounds are made of).
Tagged under: bridge-farms, entries, farms, hatchaway-bridge-farms, jumping, lessons, the-barn-book, tucker, wordpress-org 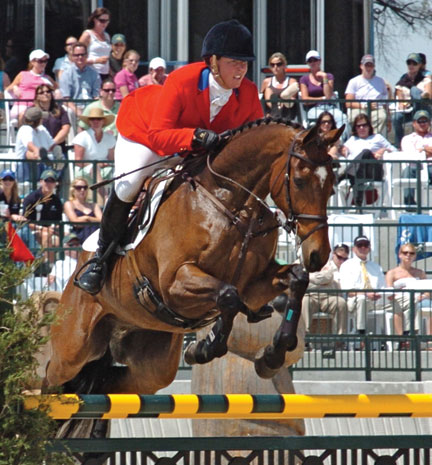 Thursday, May 10 2012 by Sidelines Editor
Sidelines heard from our old friend, Kayce Douglass and she is now living in Colorado where she is a rep for a new supplement company, Royal Champion.  We wish Kayce well in her new endeavors! Liliane Stransky and her 16 year old daughter Daniela have accepted an invitation from fellow philanthropist Caroline, Princess of Hanover, to
Tagged under: alltech, equestrian, jumping, mainstream, show, sidelines, sponsorship 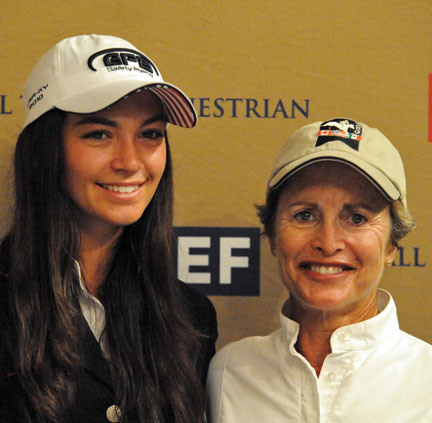 Friday, April 13 2012 by Sidelines Editor
Catching up:  Mary Kate Olsen, part of those famous Olsen twins was seen in Wellington recently.  We hear she purchased a horse from Debbie Stephens and will be on the scene when she isn’t acting. Yes folks, Bill Gates has been in and out of Wellington a number of times.  His daughter was showing at
Tagged under: championship, charles, equestrian, jumper, jumping, olympic, phelps, polo, radio, show, twins, wellington